NOAA – Spring Outlook: Historic, widespread flooding to continue through May 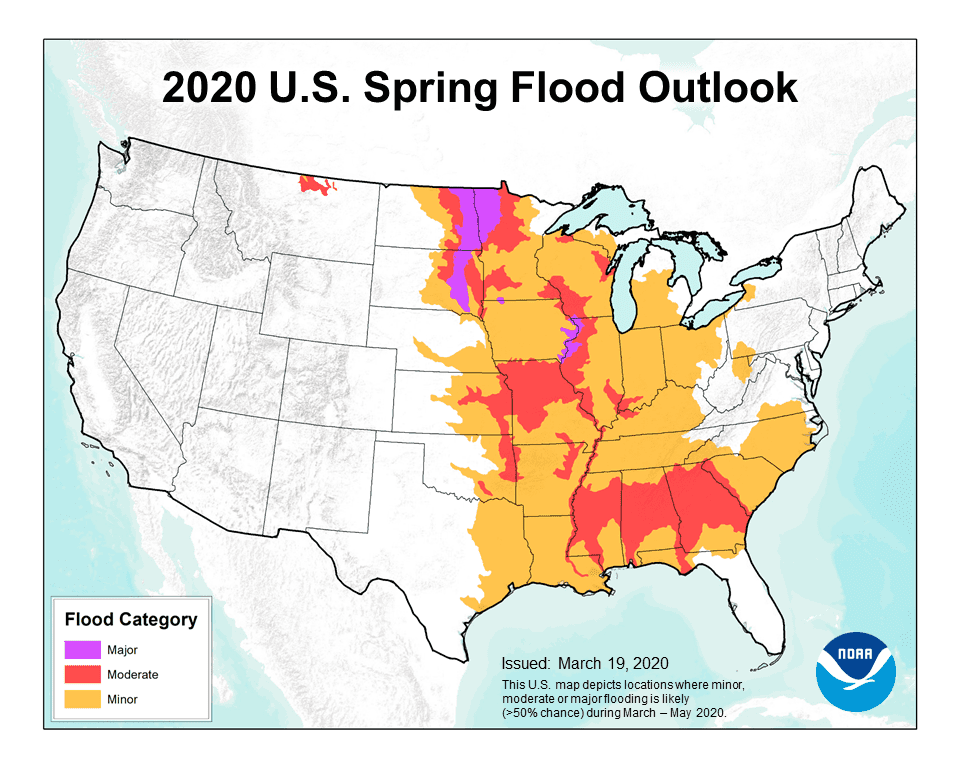 Nearly two-thirds of the Lower 48 states face an elevated risk for flooding through May, with the potential for major or moderate flooding in 25 states, according to NOAA’s U.S. Spring Outlook issued today. The majority of the country is favored to experience above-average precipitation this spring, increasing the flood risk.

Portions of the United States – especially in the upper Mississippi and Missouri River basins including Nebraska, Minnesota and Iowa – have already experienced record flooding this year. This early flooding was caused by rapid snow melt combined with heavy spring rain and late season snowfall in areas where soil moisture is high. In some areas, ice jams are exacerbating the flooding. Offices across the National Weather Service have been working with local communities, providing decision-support services and special briefings to emergency managers and other leaders in local, state and federal government to ensure the highest level of readiness before the flooding began.

Additional spring rain and melting snow will prolong and expand flooding, especially in the central and southern U.S. As this excess water flows downstream through the river basins, the flood threat will become worse and geographically more widespread.