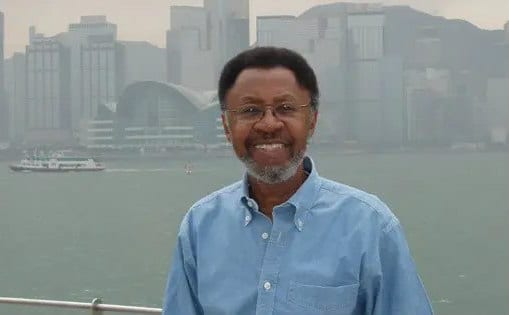 In honor of Black History Month, ASFPM is recognizing the vision and work of William Averette Anderson (1937 – 2013), an accomplished scholar, researcher, and policymaker in the field of hazards and disaster mitigation.

In a career that spanned more than 50 years, Bill Anderson dedicated his life’s work analyzing and taking actions to mitigate the causes and consequences of hazards and disaster risk. In particular, he sought to understand and address the extent to which marginalized groups suffer the worst impact and are slow to recover when disasters strike.

Through a career that included esteemed positions at the National Science Foundation, World Bank, National Academies, and Arizona State University, Anderson served as a mentor and role model to countless new researchers and practitioners in the field. He also worked tirelessly to ensure that funding was dedicated to studying vulnerable populations and ensuring that racial minorities are represented in all hazards and disaster professions – from frontline hazard management to critical hazards research.

And while it seems the principles of environmental justice are just starting to gather momentum, Anderson worked to address the issue throughout his long career. In a talk at the 1996 Aspen Global Change Workshop, Anderson had this to say about the challenges facing minority communities and the importance of having representation in the disaster mitigation and emergency management fields:

“The poor and people of color, especially minority women, are underserved when it comes to society’s ability to make resources available for mitigating, preparing for and recovering from hurricanes, earthquakes, and other natural disasters. Members of these groups are generally at greater risk to disasters and have fewer resources with which to respond to and recover from them…” he said.

“A number of actions could help empower the underserved and link them to the natural disaster reduction subculture. A first step is to bring the underserved into the research professions relevant to natural disaster mitigation—including engineering, the physical sciences, and the social sciences. Minorities currently represent a relatively untapped resource in these fields.”

Later, in a wide-ranging 2011 interview for the EERI Oral History Series, Anderson spoke about the failures revealed by our inability to respond to Hurricane Katrina as well as the importance of minority representation in the profession.

“As a result of Katrina, social scientists are now re-examining previous conclusions about such issues as disaster social vulnerability and resilience, risk communication, preparedness, evacuation, response, and recovery …” he said. “Because of their vulnerability, Hurricane Katrina affected many minorities but there are few minority researchers and practitioners in the field. A minority perspective could bring new light to issues that would otherwise go unnoticed.”

In that same interview, he evoked the work of Gilbert White, considered the father of floodplain management. “White always said that if you want to reduce the risk, you have to put the information about the hazard into the hands of those who can reduce societal vulnerability.”

Larry Larson, ASFPM’s director emeritus and senior policy adviser, had the pleasure of working with Anderson for decades in his role with NAS and the Natural Hazards Center in Boulder.

“Bill was a person who listened as much or more than he talked; a rare and valuable skill,” said Larson.

Greater diversity in the hazards and disasters field is widely acknowledged as necessary for better understanding of and more inclusive planning for marginalized populations. Since his passing, Anderson’s vision for the field have been carried on by his wife, Norma Doneghy Anderson, a cadre of committed hazard and disaster peers and mentees of Bill Anderson, as well as the next generation of hazard and disaster students.

The William Averette Anderson Fund was created to expand advanced studies in the field of disaster and hazard research and mitigation within minority communities with the initial focus on increasing the number of African-American scientists, practitioners, and policymakers. The fund recently teamed up with RePicture, a public benefit corporation with a mission to increase interest and diversity in STEM (science, technology, engineering, and math).  You can learn about some of the research conducted by BAF fellows on RePicture’s platform.  This summer they will also be partnering on the free RePicture STEM Resume-Builder Program with a track targeted to introducing college and exceptional high school students to careers in disaster management and research.